These infamous pests have been in basically everywhere in Australia.

The majority of them, especially the Black Field Cricket is, more heard than seen. With a completely black colouration and about 20mm in length, you would think you can spot their locations, but the opposite is the case. 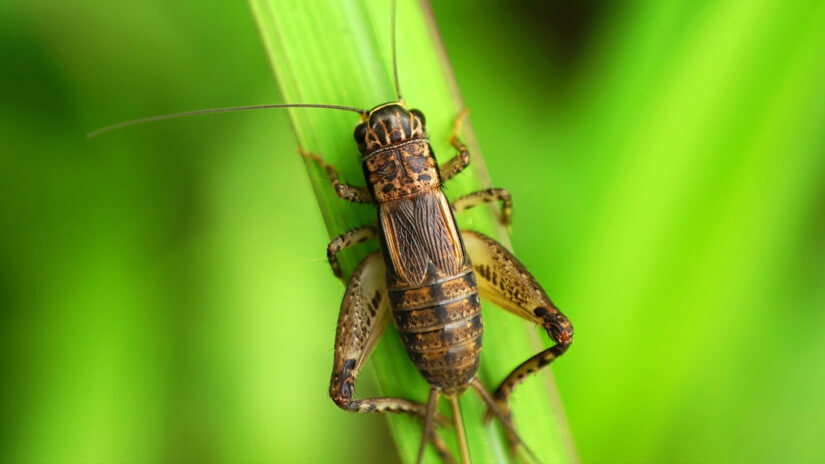 They, instead, make monotonous chirping sounds when the male rubs his wings against each other which can be absolutely frustrating, especially at night, which is, unfortunately, their most active period of the day.

Small numbers of crickets do not significantly damage homes, but larger populations would imply louder chirping sounds and unsightly views at night due to their attraction to light.

Identifying them or a sign of infestation from these pests is obviously not difficult.

Their chirping sounds cannot be mistaken. As previously stated, male crickets rub their wings together, but they sing their songs to attract female crickets, how romantic.

Aside from their loud and monotonous chirping, these pests are very much attracted to lights that are quite unattractive, especially when they are great in number.

Their feeding habits are of a wide variety as they preferably feed on insect carcasses, organic matter, and, if necessary, other crickets, but when they find their way into your homes, they can feed on fabric, paper, wood, glue from wallpapers and a few other things.

They are known to enter homes majorly for warmth or to get away from areas that got waterlogged from rain.

Controlling crickets, if they have already invaded your home, can be difficult because tracking down where sounds may be coming from is more difficult than it seems.

Good sanitation is the major preventive measure, but in a case of an infestation from crickets, our team of pest control experts will get rid of them efficiently and provide specific, professional advice to ensure they do not return.