These tiny insects are in the family Formicidae and of the order Hymenoptera, which also includes wasps and bees.

Although the number of known ant species in Australia goes up to over 1,000, there are only a few of them that are considered pests. 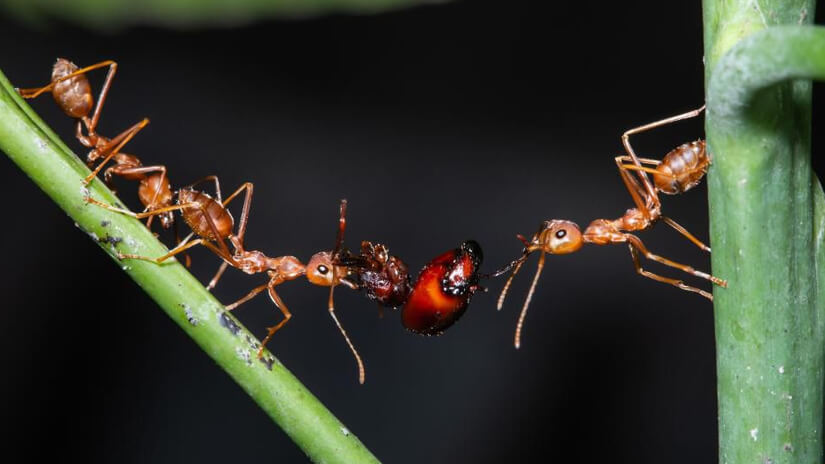 Their feeding habits are of quite the variety as they can feed on almost anything ranging from foodstuffs to insects and animals like termites. They are quite easily recognized, except for differentiating them according to species.

They have thin abdominal segments and it’s either they have wings or not.

Habits and signs of infestation

Ants tend to form colonies with numbers ranging from a few hundred all the way to millions of ants.

At both times or in between, a sign of an infestation of ants in homes and businesses alike across Australia is quite simply through seeing them in or around your home and workplace.

They are also known to make use of pheromones in order to communicate with themselves and information is received using their ‘elbowed’ antennae.

Only a few species of the ants in Australia are capable of causing physical harm to humans. Most of them are more focused on causing disaster in your gardens by feeding on living plants, most probably, weak ones or seedlings.

This is usually terrible, when the nest's population is in large numbers, therefore, it is best ants are controlled effectively before they start increasing in population.

However, in order to control ants, different control methods have to be undertaken for different species of ants as sometimes, the use of certain control methods may result in the worsening of the infestation.

This is where our team of experts come in with comprehensive knowledge on both species of ants and various, effective control methods that will leave your home free of these irritating pests.