Southern Australian cities and towns will be the ones more responsive to these creatures since the Black Portuguese Millipede was introduced to Australia accidentally and as since then become such an invasive pest.

Studies show that Australia has up to 2,000 species of millipedes with the black Portuguese millipede taking the figurehead spot in and around residential homes and commercial properties across Australia. 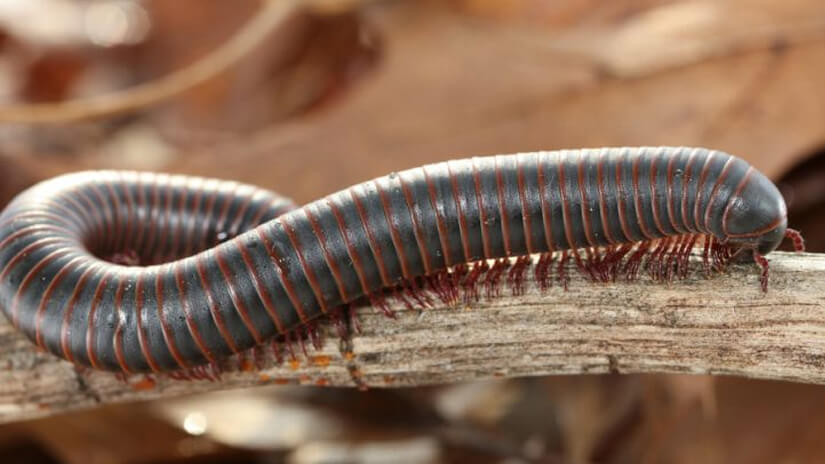 At adulthood, the black Portuguese millipede is about 20-45mm in length and its body is composed of a number of segments from the head to the tail end, a large number of legs attached to these segments, ranging up to hundreds and with a grey to black coloration.

Majority of millipedes are basically the same in structure but differ slightly in color, and some other basic features.

The most noticed habit millipedes are known for is their defense mechanism of secreting a yellow fluid, pungent in nature and comprising majorly of hydrogen cyanide, that can permanently stain fabric and irritate the eyes.

This habit of theirs can also be used as a sign of infestation to look for.

Black Portuguese millipedes are herbivores detritivores, meaning that they consume organic matter majorly and so do other millipedes.

This goes to show their contribution to the ecosystem but this does not make any less irritating or harmless for homes and businesses in Australia.

The effect millipedes can muster was not quite noticed until the Black Portuguese Millipede reached plague proportions and stopped trains from moving because crushing them on the tracks would mean a lot of oils that could interfere with the trains’ traction.

Native millipedes can find their way into homes and businesses, causing disturbances with their chemical release and simply being a nuisance to have around or look at.

The basic tidiness system should keep them away but if they should get through for an unknown reason, our professional team of experts is fully equipped, experienced and ready to take care of any possible or current millipede infestation problem for you.